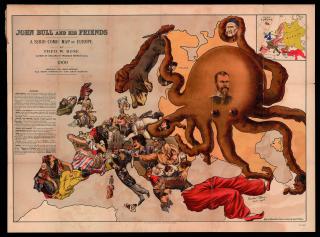 THE ORIGINS AND CHARACTERISTICS OF MACRO-NATIONALISM: A REFLECTION ON THE EMERGENCE OF PAN-LATINISM AT THE TURN OF THE NINETEENTH CENTURY

Series: The Long History of Ethnicity and Nationalism

Pan-nationalist movements, which appeared across Europe in the late nineteenth century, were part of the “first globalisation” process. During that period, the new domination of a considerable part of the world by European powers, who controlled the global circulation of men and merchandise, gradually homogenised the planet politically and economically. In this context, the pan-movements placed nationalism on a scale larger than ever before: according to various cultural, linguistic, or “racial” criteria, the partisans of each macro-nationalist movement promoted projects of supra-national integration among all German-speaking, Slavic-speaking, or Romance-speaking countries. Proposing a conceptual framework for analysing this phenomenon, I will situate it within the broader history of nationalism, and underline the similarities and differences of pan-nationalism regarding the dominant model of nation-state nationalism. I will show how the pan-movements drew their constitutive elements from different phases in nineteenth-century nationalism, and insist on those movements’ crystallisation in a context marked by intensified armed conflicts and imperial rivalries. Focusing more specifically on the case of pan-Latinism, I will highlight the major role played by intellectual and political elites in the development of this ideology, while showing that its relevance to other social classes was anything but obvious.

Speaker Bio: Amotz Giladi received his PhD in Sociology at the Ecole des Hautes Etudes en Sciences Sociales (Paris). He has special interest in migratory intellectual trajectories, intercultural exchanges, and the relations between nationalism, trans-nationalism and pan-nationalism. He is the author of numerous articles on pan-Latinism, published in periodicals such as History: The Journal of the Historical Association, Journal of Romance Studies, and French Politics, Culture & Society. 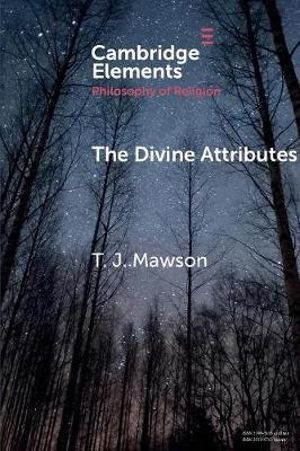 The event celebrates Tim Mawson’s recent book, The Divine Attributes, which is about what the God worshipped by the monotheistic religions is like (or, if you wish, would have been like, had He existed). The book suggests that God is (or, if you wish, would be) the most perfect being possible and discusses the main divine attributes which flow from this understanding – personhood, transcendence, immanence, omnipresence, omniscience, omnipotence, perfect goodness, unity, simplicity and necessity. In the course of discussing these properties and some others, Tim Mawson makes the case that the atemporalist’s conception of God (the most perfect being would be outside time) is to be preferred over the temporalist’s (He’s inside time but everlasting in the forwards and backwards directions) on the grounds of Perfect Being Theology, but that, if it were to be the case that the temporal God existed, rather than the atemporal God, He would still be ‘perfect enough’ to count as the God of Theism. There are thus at least two distinct ways in which it is logically possible that Theism could be true. On the occasion of this event, Dr Mawson will sketch very briefly some of the ideas in the book and then engage with questions that will arise in the discussion.

Speaker Bio: Tim Mawson was educated at St Peter’s College and then The Queen’s College in Oxford. He held a number of temporary lectureships at other Oxford colleges before returning to St Peter’s in 1998, where he is now the Edgar Jones Fellow and Tutor in Philosophy. 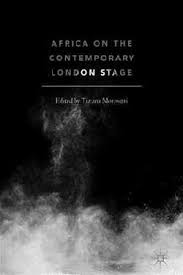 Africa on the London Stage

Join Dr Tiziana Morosetti in conversation with Morgan Me-lyn Grant, as she discusses her new book, and blackness in London’s Theatre Scene.

All are welcome to join this local chapter’s discussion of feminist political actions. Literary journals and anti-colonial struggle: The insurgent geographies of connection of the Casa dos Estudantes do Império

Series: The Long History of Identity, Ethnicity and Nationhood

This paper will focus on Mensagem, a literary and political journal published by African writers and students in Lisbon between 1946 and 1964. I argue for the significance of the journal form in postcolonial literary histories, and, focussing on the connections between Mensagem and the Paris-based journal Présence Africaine, consider how and why what David Featherstone has called the “insurgent geographies of connection shaped between anticolonial activists” can inform contemporary comparative postcolonial studies.

Dr. Reza has recently completed her DPhil on anti-colonialism and literary journals in French and Portuguese Empires of the mind: explaining Charlie Hebdo, the Windrush scandal and Brexit

Series: The Long History of Identity, Ethnicity and Nationhood

Robert Gildea explores how both although both Britain and France are haunted by the glories of their imperial past and the anguish of colonial inequalities. Both found it very difficult to decolonise and have reinvented imperial enterprises which in recent times have provoked the ‘blowback’ of jihadist attacks. The arrival of migrants from the former colonies has triggered a hostility to immigration and redefinitions of French and British identities which exclude multiculturalism. But whereas France has reconciled its imperial and European ambitions, Britain has not, preferring to leave Europe in order to revive a ‘global Britain’. This talk argues that until both countries lay to rest the ghosts of their imperial and colonial pasts they will struggle to find peace and harmony.

Robert Gildea is Professor of Modern History at the University of Oxford. He is a specialist on nineteenth- and twentieth-century French, European and global history. His most recent book is Empires of the mind: the colonial past and the politics of the present (Cambridge University Press, 2019). Previous publications include Fighters in the Shadows: a new history of the French  Resistance (Faber & Faber, 2015; Harvard UP, 2015), Marianne in Chains: In Search of the German Occupation (London, Macmillan, 2002), winner of the Wolfson History Prize 2003; Children of the Revolution. The French, 1799-1914 (London, Allen Lane and Harvard UP, 2008); and Europe’s 1968. Voices of Revolt, edited with James Mark and Anette Warring (Oxford University Press, 2013). We are delighted to welcome the acclaimed documentary filmmaker, Andre Singer. Today He will be presenting his new film co-directed with Werner Herzog.

Are you a current or prospective Stanford University undergraduate? Details about the Overseas Study Program can be found here